My last post here was in 2016. My photo is probably from 2007. Has anything really changed or are we all preserved like jars of sweet jam in a dusty basement that we can open up and enjoy as if no time has passed at all?

Kellianne and I want to do a belated health month in March. Using dietbet.com. You put money into a pot and try to lose 4% of your weight in 4 weeks. If others want to play I'll start a team and we can play. ARE YOU IN!!!!?

I need to write about leaving Seattle and everything and everyone. Here. Soon.

Posted via LiveJournal app for iPhone. 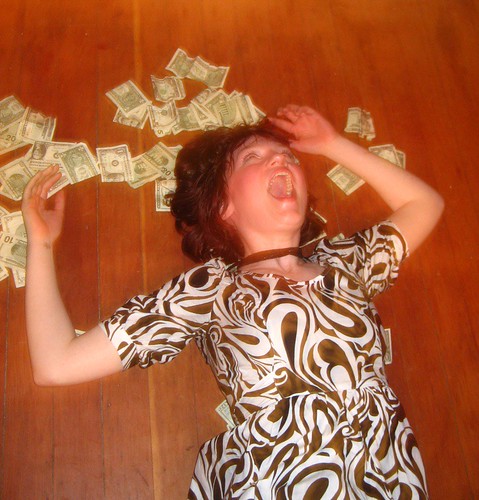 On an anniversary, I like to reflect on the past and try to re-tell the stories that we tell all the time.  Stories are like memories, being re-written with each telling, but they also hold lots of interesting and vital bits that we don't access very frequently.  How things began.  How the character of a relationship crystalized.  How, once, the future hadn't yet been written, but were merely hopes and expectations.

Three years ago tonight I convinced a dude in camo that Kellianne was flirting with that there was no room in the cab back to their hotel.  And so he left and the rest of us got in and we took a lot of pictures in that cab (which Rick and Rachel were also in) and almost got thrown out of the cab because of the flash.

Then we had a crazy time in the hotel room, drinking little bottles from the mini bar, I took a lot of pictures of Kellianne and Rachel making out which somehow never made it to the internet, we spilled Pringles everywhere, and then Rick started playing all the "S" songs in his library and Kellianne and I made out and snugged in the couch bed.  At 8 in the morning I had to be at the Crocodile to host McLeod's "I Heart Crafts" table so I left early and sent Kellianne a Flickr message a couple days later titled "other things... etc..." that said,

Wow, what a surprise and a delight this weekend was for me, because of you. You are my new favorite. Is it ridiculous of me to suggest that we invent a crazy distance-spanning crush extravaganza out of this? I know we both just need one more thing to keep our lives full and interesting, right? Whatever comes of it, I'm forever grateful for your beautiful visit. Times a thousand.

Also included were are phone numbers and email addresses, and I think we started with haiku emails, her first one being "Twelve degree shivers. / My local. Leads from Broadway. / Thinking: B McLeod" (which she wrote from her local bar in the cold of winter with the advise of her favorite bartender, James), then moved to haiku text messages, then longer life-story epic emails, one of hers from March 15th, 2007 ending "I challenge us to overcome 3000 miles of seperation and begin to learn the stories that led us here. I'm pretty sure it'll all be extra-special-awesome." and finally many long phone calls that started just a little before SXSW.

We were both so conscious of the amazing connection we had, even in those first moments of contact.  It's not even weird to think about now, because the same energy and excitement continues to be in our relationship to this day.  We are always happy to see each other when we wake up.  Three years in, the relationship isn't a spectacle to anyone but ourselves, but it's quite a spectacle to us and our shared narrative of our lives that we tell each other in the mornings and after work and when we go on walks and eat food and do those kinds of things.

In case Facebook and Twitter weren't poaching enough of our writing activity from Livejournal, now even Tumblr has passed Livejournal in traffic:

People are writing less, people are commenting less (at least, FINALLY, Tumblr has created a very limited, opt-in, version of commenting that they've decided to call the "replies" for some reason even though it is really the same thing.  I guess they're just really against the word comments and not the actual feature, who knew.  Not that I'm complaining, cause I love comments.

Anyway, so yeah it's the end of the world, all the long-form diary writing industries are going to collapse and there will be a decades-long media frenzy/debacle as all the execs try to swim against the stream and keep their high-paying jobs and private jets that long-form diary entries with threaded comments and flexible permissioning has allowed them to sort of get used to over the last however long.  I bet there will be at least a couple good movies about it.  It's going to be messy and it's going to be ugly.  The worst will be brought out of some.

Please try to maintain dignity, though.  In the end, the future is an unstoppable fuzzy steamroller that will turn us all into chocolate pancakes and we may as well prepare the syrup.  Here I am.  Let's hold each other and pray.

I'm going on a walk now, will get a coffee, and will think about what to do with my day.

Self-promotion makes me feel uncomfortable, and to me that's a sign of a healthy relationship with self-promotion.  But then again I'm a sucker for experiments and metrics.  Hence, this morning, asking my Twitter followers to re-tweet a link to 750 Words, which I would like to see grow a little.  I got 8 or so RTs, which, if I add up all of the followers (not counting duplicates) ends up meaning (542+133+70+242+341+220+423+6,603+210=) 8,784 people have a chance to see the link.  It's only been 2 hours since I posted, so there may be more activity later, but I like the idea of seeing how links spread in my social network.  For example, who has more influence, someone with a lot of followers or someone with few followers?  On one hand, someone with a lot of followers will get the link out to a wider group of people, but they'll be more loosely connected.  Someone with fewer followers is probably closer friends with a larger percent of their followers.  Okay, I guess it's all pretty nerdy.

Now, not only is Facebook stealing people from Livejournal, but now Tumblr is too.  Except I don't really like to write posts there because only a fraction of my friends who I'd want to read stuff are on there.  Reposting and commenting on other peoples things, and blindly favoriting stuff, and browsing pretty pictures, all that it's pretty good for.

PS.  My unproductive spell that lasted pretty much since around Halloween is, I think, officially over.  I'm back to my happy productive self.  For a week now I've been stirring ideas and itching to work on the twin suns of my work and hobby projects.  I think it helps that both 750 Words and my work project have so much in common, despite being in entirely different markets.  The former is fun and meditative, the latter is a tool to help businesses become more efficient.  But they both deal with websites that visually simple, working with text, numbers, and data analysis, and are using my favorite new technology: jQuery (which, unless you're a nerd and happen to know, is a javascript library that makes it easy to do pretty much all of the really advanced javascript work that the newest and nicest websites of the day use).  It's getting to the point that even a creative writing monkey like myself and build complex, scalable, novel websites for a few bucks a month.  It's a strange world to be in.

I'm in a bad mood and am angry at Health Month already for taking away my coffee.

I better go on a walk and drink something warm or something cause I can already tell where this day is going.  Downhill.

I've been lazy and haven't attempted rallying people this year yet. I figure, since it's Sunday, we should start Health Month officially at midnight tonight (Monday morning).

Here's what I'm gonna do:
If you wanna do the same, or do something else in the spirit of Health Month, feel free!

That's it!  Join if you want.  Here's the Facebook Group for it if you wanna talk about it: